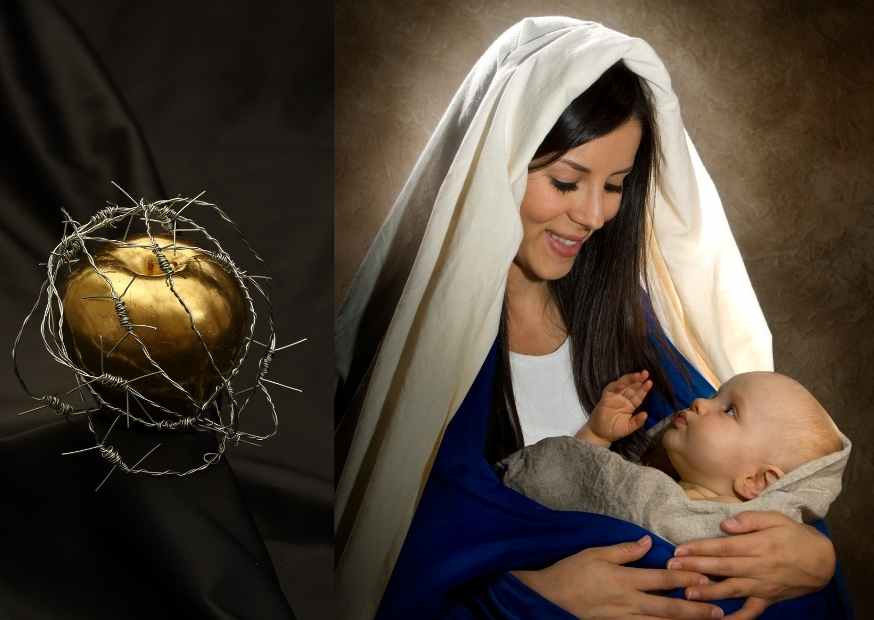 This morning, I had a disagreement with my husband. In my opinion, I was right but I felt he had the final say. I was upset and annoyed; for a moment, I felt powerless. I went into the mode of “I wish”! I wish I was more independent; I wish I had the final say, I wish I could make decisions without discussing and see through it! Let’s just say, that did not help my emotions be in control much rather, made it worse! Suddenly I was reminded of the verse in Genesis 3:16 “You will desire to control your husband, but he will rule over you!” In my own sarcastic little inner voice I exclaimed,“Gee, thanks Eve, This is all on you!!” The beauty in this entire episode above was, I discerned (Thank you Holy Spirit!) that my emotions were going haywire and I am not in control of it and obviously, this was not how God wants my conversation with my husband to be. I said a little prayer, “Lord, I am a sinner and I know this will all go wrong and make matter worse, if you are not in control of it. I seal my body, mind, soul, spirit and emotions with Your Precious Blood, you be in control“. I experienced Christ’s Grace as I sensed both our emotions were in control. Both of us calmed down and were quiet. I could have imitated Eve, it’s easy to blame. When Eve was deceived – She could not come into acceptance of her actions, she blamed it on the serpent. Of course, Every Sin that we commit has consequences. The consequences of her sin were a painful pregnancy and the desire to control the husband. Most of us aren’t any different, we blame too! It’s easy to pass the buck to someone. Let’s just assume something. Imagine, if Eve did not fall into the deception of the devil. Imagine, she said “No”! Do you think Satan would have left it at that? Absolutely Not! He would have tried over and over again to make Adam and Eve to fall into Sin. If not the deceiving tactic, it might have been something else. How do I know for sure? Well, if that was the case, we would not have on-going troubles and temptations. It would have been more of a ‘one and done’ method. In reality, when we resist one temptation we are tempted with the other. Jesus was tempted not once but thrice! When Jesus resisted one, He was tempted with the second, when he resisted the second, he had the third. Until Jesus cast him out saying “Be gone Satan”. Although, in truth, Jesus was tempted all through His life. When he was trapped with questions by the Pharisees, when he was insulted by the high priests, when people wanted to make him the King – a temptation to deviate from his purpose to save the mankind and the whole passion of the cross was a temptation and a suffering beyond measure. These are the things that were recorded from His public ministry. Which pretty much shows Jesus was tempted right from the birth all the way to His death. What made our Lord Jesus, the second Adam different? – He chose to resist the devil and His deceptions. Because of this very sinless life Jesus lived and His passion of the Cross, we can seek His Grace to resist the Devil. Point to the Second Eve! The only human who resisted devil completely and rejected Satan and his schemes was blessed virgin Mary, the mother of God. In her earthly life, she accepted the Will of God even to the point of risking her life, when she said “Yes” to God to bear the Child of God. She knew the Yes, could cost her life by stoning her to death. But she said yes anyway! Abba Father hails Mary and calls her “Full of Grace” and tells her she is “Blessed among all women”. She was sinless, just like her Son. What made mother of God, the blessed virgin Mary so special? Well, it was the difference! Unlike the first Eve, she was not deceived. She relied on God and submitted herself to Him! She calls herself as a “handmaid of the Lord”. She said ‘Yes’ to His will and aligned her life to His will, plan and purpose. She humbled herself wholly and completely. The Two choices! Now, you and I have the choice to either be the first Eve or the Second Eve who is none other than the mother of God, the blessed virgin Mary. We can ask God’s Grace to help us resist the devil because on our own we are weak and can easily fall prey to his deception and evil schemes. Since Mamma Mary has done it before and resisted the evil one all her life; who better to ask than her intercession ?! She is an awesome and a powerful intercessor. She will help us at the time of temptation, trials and tribulations. We all have reality check to accept! The devil is going to be behind you and I – we need the Grace of God every second, minute and every day of our lives to fight him! As for me, I am saying a “Hail Mary”, ask Jesus for His Grace and meditate on Ephesians 5: 23-25 “For the husband is the head of the wife as Christ is the head of the church, his body, of which he is the Savior. Now as the church submits to Christ, so also wives should submit to their husbands in everything. Husbands, love your wives, just as Christ loved the church and gave himself up for her”. As for my choice? I choose to bless my marriage, I choose to bless my husband and start a fresh conversation over a cup of coffee!